Clean eating is dead! Long live the next fad. 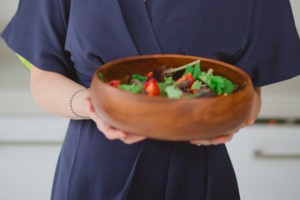 Ella Mills has been quoted as saying that the clean eating movement is “dirty” and a fad diet.  Jasmine Hemsley stated “When we first heard it, we thought it meant without pesticides, or foods without junk in it, no preservatives. That’s all it means to us. Most people’s idea of clean eating now is salad with no sauce, or green juice. We have never really engaged with that.”

Melissa Hemsley added: “We’re not interested in making anyone feel fearful of food, scared of food, confused about food. We’re the opposite. We never talk about weight, diets, calorie-counting.”

While it’s true that none of clean eating’s now seemingly reluctant poster girls mention weight or calorie counting, the countless images of beautiful, young, lithe-limbed women extolling the virtues of diets that eliminate variously dairy foods, grains, carbs and meat have naturally appealed to many women looking to emulate these stars of social and traditional media.  Their millions of followers on social media are eager for ways to be more like their idols.  And let’s not forget the boys.  While the promoters of this trend are largely female, there are the lean, muscular, ‘fitspiration’ advocates who reference clean eating and ‘real’ foods – James Duigan, Joe Wicks, for example – using their attractive appearance to sell their wares.

The advice given is not based on sound evidence.  Most of the clean eating gurus have no accredited qualification in nutrition or dietetics but they are able to make avocado on toast look like a work of art and sound convincing while they’re telling you to avoid all wheat.  They have sent a message to their legions of followers that grains and dairy are toxic and that refined sugar is poison but it’s fine to replace it with equal amounts of the high fructose sweetener agave.

Now for a start, needless elimination of whole food groups can lead to deficiencies and make eating and cooking far more difficult than it needs to be.  But far more insidious is the effect that these diets, rich in rules and restrictions have on those with existing disordered eating patterns or body image issues.  The glamourous stars of clean eating have been accused of creating a rise in the numbers of people experiencing orthorexia: an obsession with foods that the individual considers to be healthy, and elimination of any food that is deemed unhealthy.  This can ultimately lead to deficiencies and potentially more severe eating disorders.

The term ‘clean’ eating is troubling in itself because it suggests that anything off plan is ‘dirty’ and guilt ridden.  But even without this moniker, the diets are unduly restrictive and unnecessarily split foods into good and bad.

So why the sudden distancing of the clean eating gurus from the term?  A cynic would say that the clean eating backlash that started last year and is gathering momentum isn’t good for the book sales of recipes free from dairy, grains and carbs.  On the one hand, it is great that Ella and the Hemsleys are publicly offering more measured advice but will clean eating simply be replaced by another unsustainable ill-researched fad?