Opinion – The Nanny State vs the Feckless Idiot

I’m a nutritionist and I’m not judging you!

What is the best diet for health? 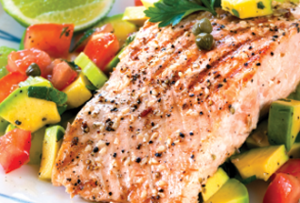 We have a long history of debating what is the best diet for health.  Certainly, there is not a dearth of information.  In fact we are assaulted from all angles with research articles, editorials, opinion pieces, diet books, press features, blogs and “just one weird tip” clickbait links.  It feels to many that all scientists do is argue about what is the best diet and the public cannot be blamed for zoning out and carrying on regardless of all the conflicting health advice out there.  However, given the growing disparity between lifespan and healthspan, is it possible to say what diet is the best for health?  I summarise an excellent review article of the most popular diets that actually have some evidence behind them (Katz and Meller, 2014).  The results might surprise you!

There are inconsistencies with definitions but anything below the minimum recommendations from governments could be classed as ‘low’ i.e. below 45% total calories.  Many studies on low carbohydrate diets have been performed to date but most fail to control for calorie intake, so that the diets end up not only being lower carbohydrate, but also lower in calories so the cause of weight loss is unclear.

Low carbohydrate diets are hard to characterise as they may involve replacing the carbohydrate with fat (monounsaturated, polyunsaturated or saturated, in varying relative amounts), protein (animal or plant-based) or both.  All have benefits and drawbacks and the literature varies in quality.  Many such diets are not so much low in carbohydrate but selective in which carbohydrates are eaten: it is usually the more refined carbohydrates that are restricted.  The weight loss studies to date show that carbohydrate restriction can be at least as effective as any other approach but research on long term health effects is lacking.

Low fat diets (where fat constitutes less than 20% of calorie intake) have recently fallen out of favour, with headlines like “Butter is back” abounding in the press.  There is a large amount of evidence demonstrating the health benefits of diets rich in foods that are naturally low in fat and of plant-based eating.  The rise in obesity and type 2 diabetes is not in fact due to ‘eat a low fat diet’ guidelines but due, in part, to the rise in consumption of highly processed low fat foods that contain large amounts of starch and sugar and a rise in calorie consumption overall.  This was not something any government would recommend but was a reaction from the food industry to state recommendations.  To say “the guidelines are making us obese” is simply wrong.  The guidelines don’t advise eating high sugar desserts, bars and cakes with a ‘low fat’ claim on them.

Low fat diets may not be plant-based and vegetarian diets may not be low fat (and in fact neither are guaranteed to be healthy) but overall, the idealised versions of both diets are high in fibre, which is thought to protect against bowel cancer and offer cardiovascular benefits.  Inclusion of high fibre wholegrains may also offer protection against cancer and obesity

Whether low fat diets are superior to diets that are rich in healthy fats, such as the Mediterranean diet, remains to be seen.

The objective of low glycaemic index diets is to reduce the overall glycaemic load (although no healthy threshold of glycaemic load is consistently given).  Given the prevalence of diabetes globally, reducing the glycaemic load of the diet would seem sensible, particularly by focussing on reducing the consumption of food and drink high in refined sugars.  Benefits of low GI diets have been seen to weight, diabetes control, markers of inflammation and the cardiovascular system.  However, the selective elimination of certain fruits and vegetables, owing to their high GI status is unnecessary and without an evidence base.

Studies of the Mediterranean dietary pattern have identified vegetables, fruits, nuts, olive oil and legumes as being particularly beneficial to health, along with moderate alcohol consumption and limited meat eating.  Such eating patterns have been associated in many studies with increased longevity overall as well as a reduced risk of cancer, cardiovascular disease and even cognitive decline.  The Lyon Diet Heart Study suggested that the cardiovascular benefits of following a Mediterranean diet may be at least as great as those associated with low fat, vegetarian diets.

It must also be remembered that eating in the Mediterranean countries is something to be savoured and great pleasure is taken in cooking and eating, in a leisurely and family-centred way.  The benefits of such a way of life therefore may extend beyond simply what food is eaten.

This diet is typified by the recommendations from governments around the world, such as the UK Eatwell Guide.  It’s a mostly plant-based diet, including some lean animal products and low- or non-fat dairy products with limited sugar and saturated fat.  In studies, these diets appear to benefit cardiovascular health and reduce risk of type 2 diabetes but in practice, the population has failed rather spectacularly to adhere to much of the dietary recommendations from successive governments.

Emulating the diet of our Palaeolithic ancestors makes intuitive sense when one considers the adaptation to consume the locally available food sources across the animal kingdom.  Assessing the dietary intake of our Stone Age ancestors is another matter entirely as few organic materials have been preserved in the fossil record.  The consensus is that processed foods are totally avoided and the diet is comprised of vegetables, fruits, nuts, seeds, eggs and lean meat.  Grains and dairy are also excluded as modern farming and agricultural practice may not have existed in the Stone Age.  It’s thought that such diets were high in fibre, relatively low in fat, compared to what we consume today and devoid of refined sugars and starch.

There are numerous interpretations of Paleo eating today (‘Paleo-friendly’ dried fruit bars anyone?) but the most salient point is that many of the plant and animal foods consumed during the Stone Age are now extinct.  The meat we eat today contains a very different fat profile, particularly considering the omega 6 to omega 3 ratio, compared with Stone Age meat.  It’s also thought that fruit is now much sweeter than it once was.  Another important consideration is that the balance of hunting and gathering is hotly debated with varying proportions of meat and vegetables proposed as being Paleo-friendly.

Notwithstanding all these debates, Paleo style eating is likely to be beneficial to health when compared with the typical Western diet.

Diets that exclude all animal products such as dairy, eggs, honey, meat and fish, as with any diet, may be done very well or very badly.  Many vegans adopt this way of eating for both health and ethical reasons and in these cases, dietary quality is usually very good.  Those adopting a short term vegan diet for weight loss reasons tend to do less well.  The benefits to health of a balanced vegan diet can be seen in intervention studies of relatively short duration and these include reduced inflammation in the body, improved cardiovascular measures, reduced risk of cancer and better insulin sensitivity.  Longer term data is absent, however, owing to the difficulty that many individuals find in maintaining a vegan way of life for long periods, when they have not necessarily chosen to do so.

So what diet is the best for health?

The answer is, “It depends”.  While all the above diets have merits and can benefit health, the eating pattern that is the best will depend on what most suits the individual and their lifestyle, such that it can be sustained for a lifetime.  We are not talking about a 6 week summer body plan (please never do one of these).  This is about eating healthily for life (hence why ‘diet’ is probably the wrong word) to minimise disease risk while still being enjoyable.

What is very interesting is that these diets all have many similarities in common.  They all limit refined starches and added sugars; they focus on natural and whole foods with minimal processing; some types of fats are limited (variously saturated or omega 6 fatty acids; usually trans fats); heavy emphasis is placed upon whole plant foods (vegetables, fruits, pulses, grains) and diets may or may not include lean meat, fish, poultry and seafood.  To sum up a world of research, in the words of Michael Pollan, “Eat food, not too much, mostly plants”.

The most salient point this review makes is “The literature strongly supports a common set of dietary principles for health promotions and the prevention, or management, of virtually all prevalent conditions in modern societies.  In this context, guidance that places an exaggerated emphasis on any one nutrition or food is ill advised.”

The diet industry, media, food industry and self-appointed and some genuine experts (be they bloggers or eminent academics) grossly complicate the situation by arguing dogmatically over the nuances of different types of diets.  Often these arguments come with an implicit vested interest in the form of a product to sell (be that a food product or book) or simply that their personal brand would harmed by admitting they are wrong about their views.

In a world where health expectancy may even be falling in some Western countries, there should be a concerted effort on behalf of governments, the media, manufacturers and public services to not only endorse what we know unequivocally to be healthful eating but also to help the population transition there from where they are now.

I’ve reviewed the Katz and Meller article which is available in full text here and includes all the citations on each individual diet, should you wish to pursue further.