Are super cheap foods good for you?

The curse of the buffet: when genes and all-you-can-eat collide 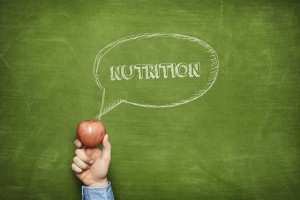 The times they are a-changin’.  OK so to Jo(e) Public, the world of nutrition probably remains largely the same, a smorgasboard of Instagrammed avocado on toast and inexplicably complicated diets needlessly eliminating one or other food group for optimal ‘wellness’.  But in the world of nutrition experts, endlessly battling pseudoscience and fads from every angle, there has been a small shift, a disturbance in clean eating’s force, maybe.  As we see some of the myths surrounding clean eating being debunked, are we witnessing the first stages of a triumph of evidence over pseudoscience?

Social media – a goldmine of nutribollox

It’s very easy to be taken in, especially when the sphere of health on social media is so dominated by self-appointed experts who make up in misplaced confidence what they lack in qualifications.  Peruse the likes of Instagram for 10 minutes and you will find a deluge of attractively presented food shots with all manner of dietary advice, delivered with authority by ‘nutrition coaches’, ‘holistic therapists’ and ‘wellness gurus’.  Turmeric latte to treat your allergic reaction?  Don’t mind if I do.  Ban nightshade vegetables to reduce levels of inflammation?  Why not?  Both of these are examples of a small amount of evidence being conflated and misinterpreted to result in pseudoscience that, to the lay person, looks convincing.  Add in some self-reported anecdotes from either the proponents of such dietary advice, or their followers and you have a nonsense-filled, science-free diet book, ready to go.

Cherry pickers in the echo chamber

More insidious are those with genuine, accredited qualifications – medical doctors, PhDs for example (I mention no names) – who cherry pick evidence to suit their own beliefs, shutting their eyes and ears to any evidence to the contrary or merely dismissing evidence that does not support their dogma as biased by industry funding or of little worth if not a randomised controlled trial (though funny how they change their mind when epidemiological evidence supports their argument).

All of the above individuals very often surround themselves with like-minded people, who agree with and reinforce their views.  They are often very protective of their beliefs and react defensively and often aggressively when challenged.  Numerous spats occur on social media with attacks becoming personal and often downright offensive.  The loser in all this is evidence based nutrition.  Creating an echo chamber in which only your personal views are reflected leads to dogma and creates entrenched but only misinformed, distorted views.

The polarising effect of social media

A Demos report last year showed that those clearly identifying on Twitter with a political party were far more likely to interact with others with similar allegiances and to share like-minded content.  UKIP supporters posted more articles from the Daily Mail and Labour voters shared more Guardian content, for example, while they rarely shared content from or interacted with supporters of other parties.  To compound the issue, the algorithms used by social media platforms to amplify only the type of content with which we engage, can have an effect of reinforcing and polarising views further, especially when those views were extreme in the first place.  Of course, it’s also up to the individual to actively seek out opposing views but it’s part of our ancient psyche to associate only with like-minded people.  Did this echo chamber effect lose Hilary Clinton the election?

Is it different in nutrition science?  Most decent nutritionists and dietitians I know understand the importance of reviewing ALL the evidence whether it supports or refutes your own beliefs.  In fact, that is how systematic reviews are performed – they independently incorporate all the highest quality evidence and determine whether there is (or is not) a consensus.  That doesn’t stop some healthcare professionals, nutrition scientists and the health blogging sphere from creating an echo chamber that supports their own, often biased views which can be used to dismiss research that doesn’t reinforce their opinion, regardless of quality, while simultaneously using research of similar quality to support their own position.

Take epidemiological data, for example, where many individuals divulge the details of their habitual diet and are followed up for many years to determine what diseases they develop and whether this is linked to diet.  Obviously, such data can only imply a correlation between diet and health.  It cannot identify causal links.  However, as it’s a cost effective way of doing research on large populations, we continue to base some dietary advice on epidemiological data, particularly if intervention trials, where diet is manipulated and measurements taken, confirm the findings.  Some individuals, will criticise epidemiological data that does not support their views one day yet the next, they will use a new (epidemiological) study to corroborate their opinion.  This just isn’t sound science.  It’s cherry picking, plain and simple.  And the herd of supporters in the echo chamber follow the lead.

Scientific consensus changes and we can all find that one day, the balance of evidence no longer supports our view.  Or we may simply come across the evidence base when before we lived in an echo chamber, led by zealots, faddists or the uneducated (where’s that bone broth again?)  An extreme example, of course, but it’s easy to get sucked in by charismatic and convincing speakers, often with a book to sell and an ego to maintain, particularly if you’re just developing your knowledge.  What we then do with that revelation is key.  No one likes to admit that they were taken in, misled or didn’t see the full picture.  But that is actually the bravest thing to do.  Carrying on trotting out the same dogma, even when you may be feeling less convinced, may feel like the safe option and what your followers want to see but if you’re giving out advice publicly via social media or in a clinic, you have a responsibility to ensure it’s as evidence based as possible.

That’s why I applaud bloggers like Vicky, of The Flourishing Pantry and Pixie (Plantbased Pixie) who have both written pieces about how they’ve grown their knowledge and been publicly open and honest about their evolving understanding.  It’s the bravest, most intelligent thing to do and people will respect you for it, rather than desert your social media feed in their droves.  It’s of course important to then ensure that any existing information in public domain is either corrected or caveated to protect readers, which both bloggers have done.

The point is, it’s good to listen to a wide range of views, consider ALL the evidence and be open to change, even if that means joining slightly uncomfortable debates.  Nutrition science isn’t absolute or static.  It’s a nuanced, ever evolving field, in which, unfortunately, everyone considers themselves an expert, as they eat food.  Beware the Dunning Kruger effect, where a little knowledge often comes with a large amount of misplaced confidence.  Seek out true experts in their field – Registered Nutritionists and Dietitians are a good start – always examine the opposing view and never be afraid to admit you were wrong.