Spotlight on bone health in peri- and post-menopause

Deadly food: Is eating bacon as bad as smoking? 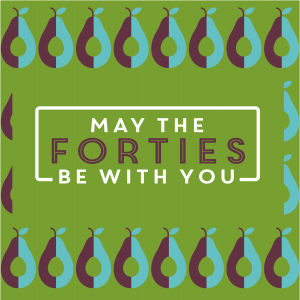 Do you have mealtime battles with your kids? Do you cook different meals for the children and yourself? Do you bribe the kids with pudding and sweet treats to get them to eat their greens? If you’ve answered yes to any of these, you are not alone! I’ve worked with many parents to try to help them take the stress out of mealtimes when you have a picky eater in your midst. These are my top tips but above all, keep calm!

Start as you mean to go on

A great deal of research focuses on the months during which you first give your children food other than milk. This weaning period is over pretty quickly when you look back but it’s actually a time in which you can influence your child’s food preferences for many years to come. We now know that starting the weaning journey by offering a wide variety of single vegetable tastes, and reinforcing these tastes by continuing to offer lots of veg throughout weaning and beyond, can really help babies to grow up liking or at least accepting veg in the long term.

Don’t give up after the first few tries either. Babies pull all sorts of faces all the time and even if broccoli just elicits a grimace the first few times it’s eaten, it doesn’t mean your child will never tolerate it. Just keep offering it and after around 8-10 tries, most babies will accept a new taste, whatever it is.

Basically, give your baby the foods during weaning that you want her or him to enjoy eating as a grown up (and I don’t mean chunky chips and a brownie because I think they’ll find their own way there without you trying).

Dammit, I didn’t do that. Have I ruined my child?

No, of course not! And even the best eaters as babies can become fussy kids. It’s a natural part of growing up and can last from around 18 months up to 3-4 years and sometimes beyond. How you react to your child’s pickiness is key to emerging from that virtually inevitable period with a child who eats more than sausage rolls and chips.

First up, don’t stress. Pretty much all children will have a picky phase and the reality is, brownies taste better than broccoli. We all know that. It’s a fact of life but that doesn’t mean we’ll never accept broccoli when it’s on the plate. But getting anxious around food and making a big deal out of your child leaving their veg could make matters worse and push them further down the “I hate veg” road. While you might be feeling anything but calm when your culinary efforts have been cruelly rejected, if your child has refused point blank to eat their food, just take it away. Don’t offer an alternative or snacks 10 minutes later; just hold your ground calmly.

Children learn from the people they spend a lot of time around – you! If you don’t at least show you’re enjoying vegetables in front of them, then how will your kids learn to like them?

The best way to teach your kids good eating habits is to eat with them as much as you can. You might not fancy eating at 5pm every day so it’s not always practical but try to do it as much as you can. If you all eat the same thing and you can show that you think vegetables are delicious, your kids will be more likely to give it a go. BUT, don’t be surprised if you have to offer the same food many many times (like 15 or more) before it’s accepted. Just give your kids a little bit and leave them to try it (or not).

Food is not just fuel

Eating is a pleasurable and social experience. We don’t simply eat to stay alive. Some foods evoke a positive response immediately, without the need to learn to like a flavour, like Pringles and Dairy Milk. Babies are born with a sweet tooth but they don’t necessarily like the taste of green beans, coffee, beetroot or olives at the first taste. These bitter, sour or earthy flavours are acquired tastes and an acceptance or liking of these foods takes time and a number of experiences with the taste before it is enjoyed.

Eating should be enjoyable, social and fun experience, without the attachment of moral judgements to food and eating (and this doesn’t just hold for kids). Comments like “I shouldn’t eat that”, “This is naughty” or “I can’t have that; I’m being good” teach your kids that some foods are morally superior to others and can set up an unhealthy psychological relationship with food.

That said, ideally, try to avoid giving your kids snacks or high calorie drinks just before eating a meal, as they’re likely to be too full to eat!

Your parenting style might influence how fussy your child is at mealtimes. An authoritarian approach, like I had at school, when the head teacher stood over me and force fed me disgusting trifle because I hadn’t cleared my plate, lingers for me and can encourage children to eat when they are not hungry. However, too permissive a style, in a home where there are all sorts of foods freely available can also lead to issues.

The best advice is to offer a mainly healthy and balanced diet that includes some more indulgent foods but don’t label the ‘treat’ foods as such. You eat and enjoy everything without judgement. And as parents, you decide what is eaten and when but your child decides whether and how much to eat.

Kids don’t respond well to commands and sooner or later, threats become empty. Coercion is counter-productive and makes for stressful and upsetting mealtimes which can have a long term impact on a child’s relationship with food.

Instead, pop a disliked food on the plate and tell them, “You don’t have to eat it”, if the response is less than favourable. If they don’t, they don’t. Don’t give them huge portions (for a start, that’s wasteful) and don’t pressure them. Kids who feel pressured will pretty quickly lose their appetite and their patience. This wonderful article describes one mum’s own experience of taking this approach with her children.

Another trick you can try is offering controlled choice i.e. you serve 2 or 3 vegetables in the middle of the table and ask your kids to choose 1 or 2 to go on their plate. Let them serve themselves if you can. That way they feel they have a choice and are invested in the decision about what to eat but you know that what’s on offer is healthy.

And remember, kids’ appetites can vary from one child to the next and from day to day. This is normal. Just let your child eat what’s on offer, until they’re full. If they don’t eat much or want second helpings, let them. Just relax and offer plenty of variety over the course of a week and most kids will get enough if you let them decide how much they eat. Just don’t start cooking a new meal or offering snacks if the first one was rejected!

This is a sure fire way to teach your kids that vegetables are a punishment; a lower value food; something to be endured and that pudding is the currency; pudding is the reward. Having food hierarchies in which some foods are better than others (however you choose to define better) and some foods are naughty or ‘bad for you’ particularly when the ‘good’ foods don’t taste good and the ‘bad’ foods taste amazing is unfortunately telling your child that those ‘naughty’ foods are a reward. This mind-set may be linked to comfort eating and eating when not hungry in later years.

While it might be hard, try to avoid pitting foods against one another and describing some as better than others. Saying that chocolate is bad for them is a perfect way to get them to want nothing else!

Now this might sound counter-intuitive but recent research shows that telling kids that vegetables are healthy or will help them grow big and strong doesn’t really cut the mustard. The prospect of a potentially reduced risk of heart disease in 60 years’ time doesn’t really feature on their radar!

It doesn’t help that you virtually never see any adverts for vegetables, as growers simply don’t have the funds that the big brands do. The chef, Hugh Fearnley-Whittingstall was behind a campaign called Veg Power which crowdfunded a TV advert aimed at promoting vegetables to kids. The ad depicts vegetables as evil invaders trying to take over the planet with the strapline “Eat them to defeat them”. How awesome is that? You can watch it here.

A guy I work with will say to his son “Don’t eat my broccoli. It’s not for you. Whatever you do, don’t eat it!” What does his son do? Nick his veg straight off the plate. If he’d have talked about how he should eat up his veg because they’re good for him, would he have been so enthusiastic?

Get them stuck in

Getting kids to eat their dinner might be easier if they feel involved in the preparation process, even if it’s as simple as popping some broccoli trees in a pan or stirring a sauce. It’s never too early to get kids involved in cooking or exploring food with their hands and learning about where it comes from. This can help them to become more familiar with ingredients and therefore more likely to give them a try when they’re on the plate.

Why not try a bit of grow your own if you’ve some garden space to grow carrots or courgettes? You can even grow herbs and tomatoes indoors, although I once grew tomato plants when I lived in a flat and they took over the living room with foliage and produced precisely 3 tiny fruits! The point is, the more invested kids feel in a food, the more likely they are to give it a go.