Mythbusting Monday: Does eating in a blindfold help you lose weight? 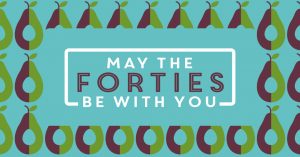 You can’t move on any high street for fast food outlets, be they chicken shops, burger restaurants or traditional chippies, selling cheap, high calorie meals that fill tummies with little nutritional quality. They proliferate in deprived areas, almost to the exclusion of shops that sell fresh produce and can form a large part of the diet in low income groups. They are part of our obesogenic environment.

But it’s an individual’s responsibility to avoid going into a chicken shop isn’t it? Well aside from the fact that it might offer the most calories per pound for individuals in poverty, these establishments offer far more than just food. They offer a space for young people.

A news report on Radio 4 this week mentioned that Rutland is the last outpost in the UK without a McDonalds and that there had been protests for years against there ever being a golden arches in the vicinity. Now Maccy Ds is planning to open its doors in the town, who is the most welcoming? Young people. It’s not just that they want to eat fast food, it’s that many kids simply lack somewhere to go with their friends after school. Particularly in areas where housing may be overcrowded and council or charity funded spaces for young people to socialise are limited, these establishments offer a space for them to develop socially and exercise their new found agency.

But with chicken wings and chips for £1, these shops simultaneously nurture personal development and potentially damage health. If you’ve a pound in your pocket for after school and you can’t or don’t want to go home, there may be no other option than the chicken shop or burger joint. The local spaces and services simply don’t exist. How much agency do these kids really have in where they go and what they eat?

We have to stop talking about personal responsibility and take a top down, multi-faceted approach to public health that examines all the barriers to establishing a healthy relationship with food.